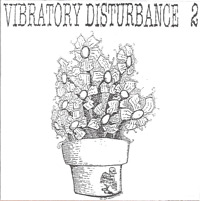 Here's a fairly obscure compilation 7" featuring a Gandiva song which is not on their 7", which I posted here. It also includes another band I posted about before, Baby Gopal, but it's not a new song. I got this comp on one of my trips to Amherst, MA, which is not too far from Holyoke, MA, where the label was from. Sike Records released this compilation in 1996 and the other bands on here are Accidental Birth and Line Of Fire. As far as I know this was the only released track by Accidental Birth besides demo's. One of the band-members also played in Gandiva, and I think one of the guys from Sike Records also played in this band. Members also later moved on to Last In Line. Line Of Fire also did at least 1 7" of their own and a split 7" with Capgun, and appeared on a couple of compilations. Both their tracks are decent enough, but the reason I originally got this compilation was for Baby Gopal and Gandiva, and their tracks are also the better ones on here for me. I love Baby Gopal, and even though their track on here also appears elsewhere, it's always nice to hear their music. Gandiva's track however does not appear on their 7" as explained above, and while it's got a muffled production especially on the drum-sound, it's awesome. This is a worthwhile compilation just for the Gandiva song alone in my opinion. Unfortunately my copy does not come with an insert, so I can't say anything about the lyrics.

The first Vibratory Disturbance compilation was a cassette only release with a bunch of bands I've never heard of like Slow Poke, The Mighty Sturgeon and Skunkjuice, I don't have that one tho. Besides these compilations, Sike Records put out quite a number of records, mostly by bands I don't know, but some I do know, like In Pieces and Hallraker (post-Gandiva).