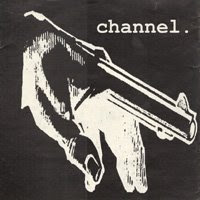 I don't have much information on this band other than that they were from Virginia in the mid '90s and that supposedly Nate of Converge played in this band. I know they released at least 2 7inches, this one and a second one, on Clay Garden Records, which is way different, more emo ('90s emo, not what kids call emo these days!) and doesn't come close to this one as far as I am concerned.

This 7inch came out on Stillborn (Jamey Jasta's label, of Hatebreed fame) in 1994 and is without question one of my all-time fave pieces of vinyl. Despite being released on Stillborn, it has nothing to do with beatdown, mosh or toughguy hardcore. This is harsh, mid-tempo hardcore with raw, scathing vocals and bitter, to-the-point lyrics that are personal and political at the same time. Quality stuff! Too bad they went emo with their next 7inch, but at least there's these three songs to feast on. I have 3 copies of this 7inch, in 2 different versions. One is a xeroxed, folded cover (I have 2 paper color versions of this one, and a black and a clear red record), the other a cardboard cover with a small copied lyricsheet. No idea of pressing numbers or versions, sorry!

If anybody has any info on this band or knows about a demo or other releases, do let me know please!

The statement by the band that comes with the record, I love it in all its sincere naivety, it really hit me when I first read it (I bought the 7inch on the cover alone, I'll admit it):

forget all that you've learned. you are not free. you have no say. you never will. we live in a system that is impossible to change. when we enter life we are given a guideline to live by. when these are followed the system works like a well-oiled machine. when we are born, and until the day we die, we do not exist. we follow the pattern of oppression. empowerment is the most important thing that a human being is capable of. to empower yourself is to control yourself, and thus allow yourself not to be controlled. empowerment is revolution. revolution against the government, against mind control, against addiction, and against ignorance. hardcore is the ultimate tool of revolution, because it is empowerment. a call for revolution. i love hardcore, i love revolution. to have any bearing on this system we must empower ourselves. become politically, and socially aware. the unexamined life is not worth living, is yours? rebel. destroy. create. we are the only true threat. do not live your life as a pawn.

Thanks for the link, dude!

And I like your attitude. I know there are like a million 90s hardcore blogs, but frankly, I welcome all of them. It's helping me put together my music collection on my computer that has, for a long time, been relegated to 7"s in milk crates and cassette tapes, or even out-of-print CDs. Plus, giving me the chance to discover some bands that I missed back then.

haha, i was in this band. we had a live demo, as i remember not to great quality.