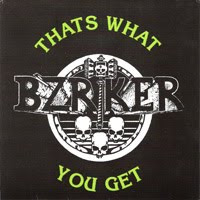 Here's an absolutely crushing band from Boston that, in my opinion, doesn't seem to get the recognition they deserve. B'zrker was around from 1989 to 1992 and did 2 awesome 7"s, both of which I've ripped for this post. I first heard this band on the first East Coast Assault compilation (which is a recurring theme on this blog), and loved their song on there, called 'Inside'. I managed to hunt down both of their 7"s and they're both awesome as well. They were more metallic and tougher than most other hardcore bands at the time, while still being clearly rooted in the hardcore scene, while the vocals of Tom Habelt definitely gave them an additional edge as well. 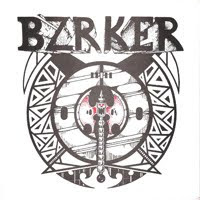 The first 7", 'That's What You Get' was released in 1991 on Nemesis Records (how awesome was that label?!), while the second 7" was released in 1992 on Exchange Records (this was their 2nd release, their 1st was Overcast's 'Bleed Into One' 7"). I'm not gonna write down a long biography or whatever on this band, you can check out their myspace for that and also guitarist Alan Fischer was interviewed about B'zrker over at Lifers, which has lotsa information as well. If anybody has the demo's or the bootleg CD that is mentioned in the interview with Alan Fischer, please upload it somewhere or burn me a copy, I would love to hear those recordings! 2 7"s and a song on a comp is far too small a legacy for this underrated band. Also, as mentioned in the interview with Alan Fischer, there's a small chance a discography might be released at some point. Which would be insane! Anyways, if you enjoy these 7"s, and haven't yet checked out their contribution to the 'East Coast Assault' compilation, 'Inside', do check it out, it's an awesome track as well.

You've Got A Friend In Pennsylvania compilation 7" 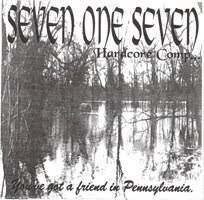 This compilation 7" was released in 1995 on Seven One Seven Records, a record label from Northumberland, PA. It features 4 bands from Pennsylvania, as the title suggests. I got this 7" soon after it was released through Shoehorn Distro, a cool distro run by Amy Pursel, who dated one of the persons behind Seven One Seven Records at the time. If I remember correctly, I also got Brother's Keeper's 'Ladder' MCD in the same order, good stuff. Anyways, of the four bands on this comp, I know next to nothing about Deckard, also my least favorite band on here, especially the vocals are not my thing really.They did a 7" I believe, but I've never come across it. Brother's Keeper is the most well-known band on here, and they were great. Opening band Option plays pretty cool hardcore with a melodic edge, and would do a great 7". The best band on here though is Outcome, with an awesome metallic hardcore track with great vocals. They also did a 7" on SA Mob and a split 7" with Disbelief, both of which come highly recommended. Underrated band for sure. Coincidentally, SA Mob was (and still is) run by Eric 'EMS', the bass-player of Brother's Keeper. All in all a great compilation on a short-lived label. The label also released Autumn's 'Wire Hangers' 7", I don't know of any other releases they did. I would love to know if they did tho. Enjoy!

You've Got A Friend In Pennsylvania compilation 7"
Posted by XhcnoirX at 7:37 PM 3 comments: Links to this post