After I posted the Full Assault demo, I received an email from Len Adams, the singer of Full Assault (and also Earthmover and Cast In Fire). He told me about his current band, Poison Tongues, which is a '90s inspired hard as nails hardcore band with members from a load of bands including Earthmover, The Alliance, Hyde, All My Blood and a bunch more. He emailed me their current demo, and it's great stuff, once again. Anyways, the songs are available from their Facebook, so check em out there. I've also added a download of 'em here, in case you're too lazy or hate FB or something. Either way, support this great new band.

Poison Tongues - Demo
Posted by XhcnoirX at 7:42 PM No comments: Links to this post 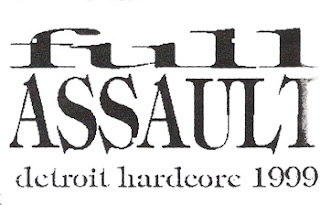 One of the best bands to come out of the Detroit area in the '90s was Earthmover. Such an awesome band, and great guys as well... After Earthmover called it a day, the members went on to several bands, such as Bloodpact (guitarist & +/- Records boss Andy Dempz) and Walls Of Jericho (guitarist & Cloud City Studios owner Mike Hasty). Singer Lenny Adams started a new band in 1998 called Full Assault with members of other Detroit hardcore bands such as Dogz Of War. They changed their name pretty soon thereafter to Cast In Fire, and did several releases under that name. Here however is a demo they did when they were still called Full Assault. It's heavy as hell, raw as fuck, and it's got Lenny's characteristic intense vocals. If you dig Earthmover, you will dig Full Assault/Cast In Fire. All 3 songs on here would eventually be re-recorded for Cast In Fire's 'Apology' MCD. Enjoy! 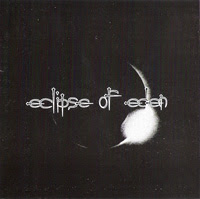 Here's the demo MCD of Eclipse Of Eden. Eclipse Of Eden was a Des Moines, Iowa screamo/hardcore band in the late '90s. I don't know much about this band, I can't even remember where I picked up this MCD, probably at a random distro somewhere... Either way, their last.fm bio is pretty extensive, so check that out if yer interested. This MCD, their demo, was released on Skinsuit Communications in 1999. It's decent and enjoyable screamo/hardcore, although nothing too memorable. After this demo they released the 'My Reflex Is Revenge' album on Happy Couples Never Last, which I don't have. After the band folded members moved on to bands such as Dispensing Of False Halos and The Examination Of... I'm not familiar with the latter, but Dispensing Of False Halos was pretty sweet. Anyways, enjoy this demo MCD.